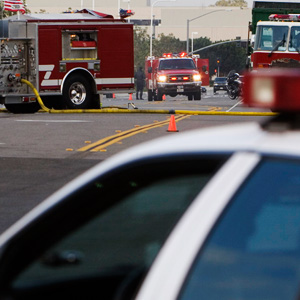 Suicide prevention is a major public health issue. First responders—who include police, firefighters, paramedics, military personnel, dispatchers, public safety officers, corrections personnel and other associated positions—must therefore be prepared for intervention with people experiencing psychological distress that threaten suicide or die by suicide. They must also be aware that, because of their profession, they will be confronted with many potentially stressful and traumatic situations.

The Mental Health Self-awareness for First Responders course will prepare you to intervene in critical situations on scenes of accidents, crimes, or fire. The course will allow you to recognize someone who is at risk of suicide and direct them to appropriate resources, to minimize the risks, and to support yourself and those around you in a career that involves increased exposure to demanding situations.

This course was built with content and collaboration from a variety of sources. Original course content was provided by York Regional Police Service. Additional resources, input, and content was received from Collège La Cité, Atlantic Police Academy, and the Mental Health Commission of Canada.