The 2016 F. Darren Smith Award of Excellence has been presented to John Arnold, the man who broke ground on the CPKN concept and served as its first President.

“John Arnold is the reason that CPKN exists today,” says Sandy Sweet, President of CPKN. “It was his vision that launched the campaign for online police learning and his commitment that fuelled the partnerships to make it happen.”

While officially established in 2004, CPKN’s origins began several years earlier as PoliceLearn.com, the brainchild of Mr. Arnold, then Chief Scientist of the Canadian Police Research Centre at the National Research Council of Canada. While John’s work with CPRC contributed to a spectrum of early technology-based tools and systems to support policing, it was in the early 90s that he recognized that police services were not using available computer technology to their greatest advantage. He set out to create an online network that would link the police community through shared operational information and training courses.

“CPKN is a one-of-a-kind, not-for profit organization built on the hard work of like-minded people,” says Arnold. “I’m very proud of what CPKN has achieved and of the all of the people who have made it what is today -- it’s a uniquely Canadian solution.”

CPKN has become an integral part of the police training community and serves the online training needs for the vast majority of police services in Canada. Its collaborative, community-driven approach, which was established by Mr. Arnold and the organization’s earliest stakeholders, has been the basis of CPKN’s success.

“This award celebrates perseverance as much as it does innovation,” says Sweet. “It could not be better served than by John Arnold.”

John Arnold, the founder of the CPKN concept and its first president, is the 2016 recipient of the F. Darren Smith Award of Excellence. 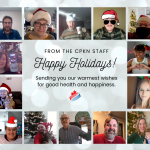 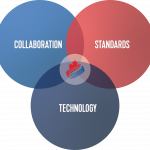 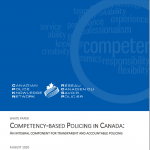 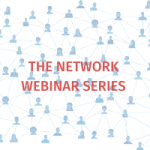 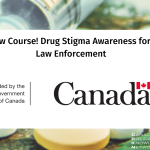