Skip to content
Notice: This course was originally developed by the RCMP-Canadian Bomb Data Centre and has been repurposed by CPKN for a national police audience. 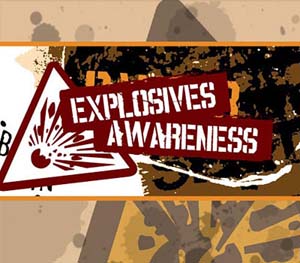 At some time during the course of regular duties, it is likely that police and other first response personnel will be called upon to contend with a problem involving some type of explosive. The ability to successfully and safely manage a situation of this nature requires knowledge of a number of basic but very important facts.

Explosives Awareness describes the different types of explosives, the associated dangers, and the necessary precautions responders must take when dealing with an explosive. It also reviews the procedures and policies that must be followed when called to a situation involving explosives. It is important to note that as an awareness level course, it will not qualify learners with any degree of expertise in this field, but rather is designed to increase the safety of responders when dealing with incidents involving explosives.

This is an awareness level course designed for all police and first response personnel.